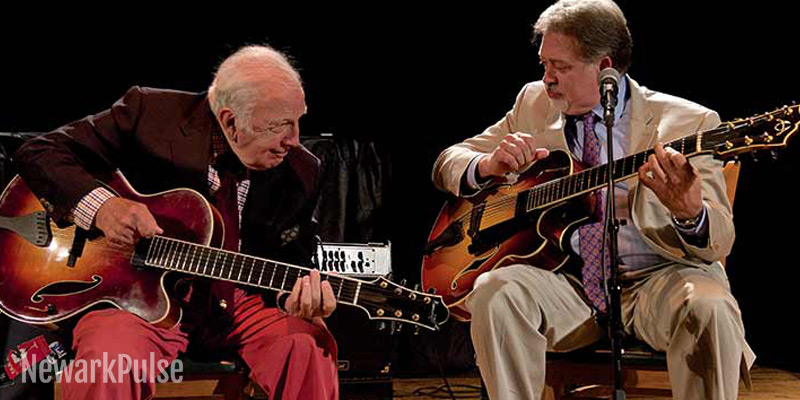 Born in Paterson in 1926, Bucky Pizzarelli is a world-renowned jazz guitarist. His career spans over 70 years, from the Vaughn Monroe Orchestra to The Tonight Show with Johnny Carson. In 2011, Pizzarelli was inducted into the New Jersey Hall of Fame and a year later he recorded with Paul McCartney on his latest Grammy-winning album, Kisses on the Bottom.

Ed Laub is a locally acclaimed guitarist and vocalist whose style has been compared to a blend of Kenny Rankin, Chet Baker and James Taylor, all accompanied by Bucky Pizzarelli. Because of Laub’s talent as an accompanist, and the fact that he is one of the more accomplished seven-string guitarists, he is sought by many of the top guitarists in the New York metro area to back them up and add a pianistic style that makes a duo sound more like a trio.

A sumptuous buffet brunch, including an omelet station and a medley of desserts, is served at NICO Kitchen + Bar at 11am and 1pm, with performances scheduled at 11:30am and 1:30pm.