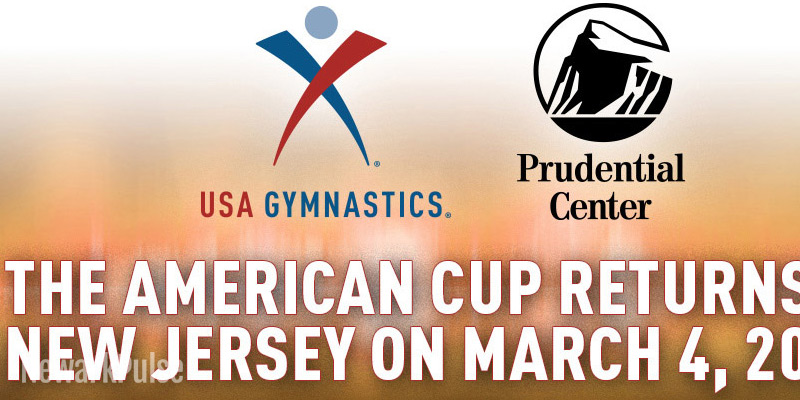 USA Gymnastics announced today that the 2017 American Cup, scheduled for March 4, 2017, will return to Prudential Center following the incredible success leading up to this week’s 2016 event, which will take place at the Newark, N.J. arena on Saturday, March 5. The announcement was made at 2016 AT&T American Cup Media Day at Prudential Center.

The decision marks only the second time since 2002 that the American Cup, the USA’s most prestigious international invitational, will be held at the same arena in consecutive years. Prudential Center’s location in the middle of one of the most concentrated areas of gymnastics clubs in the country, and track record of successful gymnastics events, including the 2012 Kellogg’s Tour of Gymnastics Champions, helped fuel the American Cup’s return to The Rock for 2017.

“The response of the local gymnastics community has been amazing for this year’s event,” said Steve Penny, president of USA Gymnastics. “The New Jersey-New York metropolitan area has demonstrated its support for gymnastics, and we look forward to returning in 2017 to celebrate the achievements in 2016 and begin the new Olympic quad.”

“We are extremely proud that the international gymnastics spotlight will shine on New Jersey again next year,” said Scott O’Neil, CEO of Prudential Center. “It’s an honor to welcome this sport’s incredible participants and fans, and through a terrific partnership with USA Gymnastics, we look forward to making the 2017 American Cup a world-class event.”