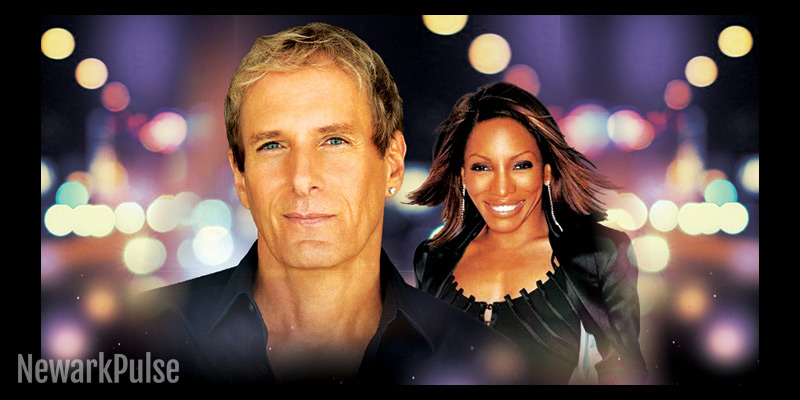 New Jersey Performing Arts Center (NJPAC) presents an evening of love with GRAMMY Award Winning Superstars Michael Bolton and Stephanie Mills on Friday, February 17th at 8PM. Celebrate Valentine’s Day with the one you love with legendary power vocalists Michael Bolton performing his platinum plus singles “How Am I Supposed to Live Without You,” “When a Man Loves a Woman” amongst his many hits.  Special guest R&B soul songstress Stephanie Mills will perform her timeless hits “Never Knew Love Like This Before” “Home,” “Power of Love” and so much more!

About Michael Bolton:
During his career, pop-rock sensation Michael Bolton has sold a whopping 60 million records worldwide, released eight Top 10 albums, and earned two No. 1 Billboard hits with his soulful renditions of “How Am I Supposed to Live Without You?” and “When a Man Loves a Woman.” He is the recipient of multiple GRAMMY Awards, including two wins for Best Pop Male Vocal Performance, as well as the Hit makers Award from the Songwriters Hall of Fame.

About Stephanie Mills:
Since she first burst on the scene as Dorothy in Broadway’s original production of The Wiz, Stephanie Mills has been known as one of the most distinctive voices in R&B and soul. She’s lent her passionate style to hits like “I Feel Good All Over,” “Whatcha Gonna Do with My Lovin',” and her GRAMMY-winning classic, “Never Knew Love Like This Before.” More recently, Mills revisited her early success in The Wiz when she took on the role of Aunt Em in NBC’s live production of that seminal musical. Don’t miss this exclusive NJPAC concert featuring two contemporary music chart-toppers!