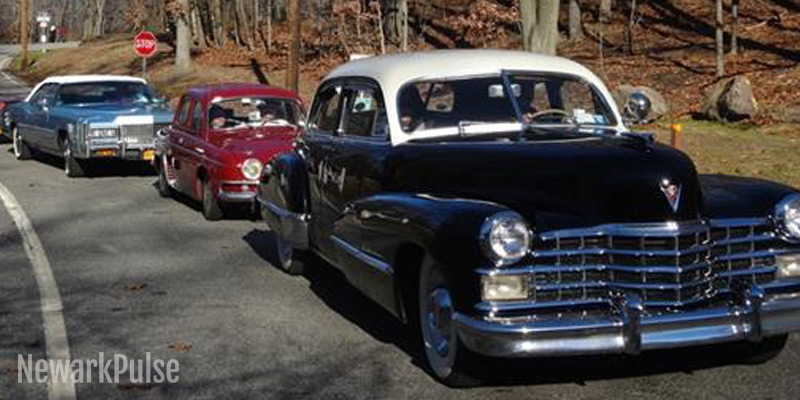 A free Classic Car Show and Men’s Brain Health Fair will be held on Saturday, April 22, on the campus of Rutgers University-Newark (RU-N), from 9 a.m. - 11:30 a.m., followed by a parade of the classic cars through the campus and then on to Branch Brook Park.  The cars will be displayed in the Rutgers parking lot at Washington Street and Warren Street, with informational tables and health experts sprinkled throughout to spread the word about brain health and middle-aged men. The event will feature helpful handouts along with giveaways and a free raffle for prizes from local businesses. The show will display nearly 30 classic cars including a 1926 Bentley, 1936 Lincoln, 1947 Cadillac, 1951 Citroën, 1955 Chevrolet, 1963 Aston Martin, and a 1966 Jaguar.

The serious purpose of the show is to teach older men how to protect their brain health and reduce their risk for Alzheimer’s disease, including tips on how to improve memory.  African-American men, 55 and older, also can sign up to  become paid participants in community-based studies on aging in African-American males, a population group that is at a higher risk for Alzheimer’s, memory loss, and other age-related brain health problems than the general population.

The event is the brainchild of Dr. Mark Gluck, an RU-N neuroscience professor and the co-director of the African-American Brain Health Initiative (www.brainhealth.rutgers.edu) at RU-N, the organization sponsoring the classic car show and brain health fair.

“We hope that men, 55 and older, will come with their children and grandchildren to see the fabulous historic cars and in the process, learn important health information about Alzheimer’s disease, memory and how to protect their brains. We also hope many of these men will join us in the future as paid participants and partners in our important Rutgers-Newark research studies on aging in African Americans, funded by both the National Institutes of Health (NIH) and the New Jersey Department of Health,” says Gluck.

In the event of rain, the show will be rescheduled for the following Saturday, April 29, at the same time and location.  For weather updates and other car show updates, see www.brainhealth.rutgers.edu/carshow.