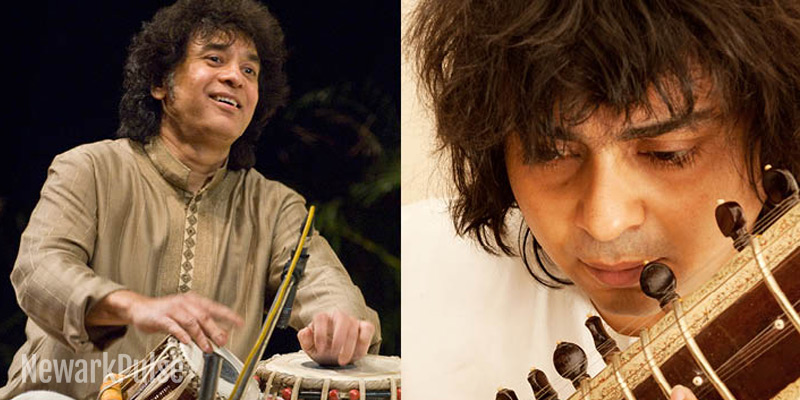 Joining the show with the Tabla maestro and accomplished bassist will be saxophonist Chris Potter, superstar composer/vocalist Shankar Mahadevan, jazz pianist Louiz Banks, guitarist Sanjay Divecha, and drummer Gino Banks.  This performance will be a part of the TD James Moody Jazz Festival.

Zakir Hussain is widely acknowledged to be one of the greatest musicians of our time. A classical tabla virtuoso of the highest order, his consistently brilliant and exciting performances have established him as a national treasure in his own country, India, and as one of India’s reigning cultural ambassadors. Crosscurrents attempts to portray all directions of inspiration between the idioms of jazz and Indian music. Zakir's contribution to world music has been unique, with many historic collaborations, including Shakti, which he founded with John McLaughlin and L. Shankar, Remember Shakti, the Diga Rhythm Band, Making Music, Planet Drum with Mickey Hart, Tabla Beat Science, Sangam with Charles Lloyd and Eric Harland, and recordings and performances with artists as diverse as George Harrison, YoYo Ma, Joe Henderson, Van Morrison, Airto Moreira, Pharoah Sanders, Billy Cobham, Mark Morris, Rennie Harris, and the Kodo drummers. His music and extraordinary contribution to the music world were honored in April, 2009, with four widely-heralded and sold-out concerts at Carnegie Hall’s Artist Perspective series.

The great bassist Dave Holland, a player with one of the most distinguished careers in jazz, brings his singular vision to the quintet. A master of tone and rhythm, the bassist, composer, and bandleader is now in his fifth decade as a performer and his music possesses a rich and kaleidoscopic history.  Holland brings a vivid personal imprint to the music he performs and stamps it with a sound that transcends any arbitrary descriptions of genre or format.  He is a seminal figure in post-1960s jazz, but has never allowed his work to be limited by tradition. This path has led him from the frontiers of free improvisation to his modern ensembles that fully embody Rivers’ philosophy of “playing all of it.”