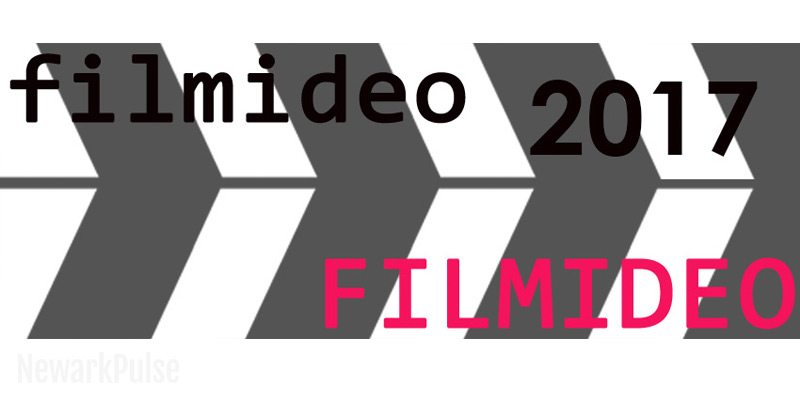 Featured Films on Saturday, May 6:

Part One: Brandy Bajalia: Unadulterated Fiction (New York City) 9:00 Unadulterated Fiction explores the learned cultural amnesia of Birmingham, Alabama; a place that I’ve defended, adored, and chastised my entire life. For this project, I constructed a performative indoor picnic that functions as a performance of a scripted Facebook debate and later as a short film. This debate serves as a form of accountability that addresses the pains of existing in a progressing southern town that remains attached to an extremely oppressive history which still plays out today. The picnic is a welcome mat of sorts, allowing the viewer to enter a situation that appears to be comfortable and pleasant, but quickly leads into an unbearable conversation about the history and present of the state of Alabama. Unadulterated Fiction is expanding in line with the traditions of collaborative performance and ephemeral installation. Jan Hakon Erichsen: Destroyer (Norway) 1:29 Destroyer is a video where several plants and food items are demolished in a dramatic fashion. A variety of kinetic sculptures have been constructed with the sole purpose of destroying these things most efficiently. In the video you can see the artist operating the machines in a very calm manner, sometimes destroying the object and sometimes doing little more damage than knocking it over. Peter Mack: Not Thinking (Northampton, MA) 1:36 Animated shapes, colors, and compositions morph and transform in unison with a soundtrack. Rodrigo Moreira: Vocabulary / Intensive Portuguese - English / Speaking / Module I / Illustrated Version (Brazil / NY) 4:52 Use of English is growing country-by-country internally and for international communication. Modern English, sometimes described as the first global lingua franca, is also regarded as the first world language. Taking a step back, this video is an attempt to teach a different language to English native speakers.Vocabulary / Intensive Portuguese - English / Speaking / Module I / Illustrated Version simulates a video lesson with pronunciation exercises for basic expressions in Brazilian Portuguese. Taken from a tourist guide published in the US, the entries are displayed along images that registered moments when Brazil and English speaking countries’ histories intersected. The photographs, mostly, were taken from digital files made available by American and British institutions, cataloging a visual inventory of Brazil and its peculiarities.Viewers are invited to repeat the words out loud and, by the end of class, withdraw their certificate of completion of the course. Ngu Asongwed: SQAD Vol1: City On Fire (Newark) 7:14 SQAD Vol1: City On Fire is a short form audio/video piece about the interaction between a culture & the environment it inhabits, specifically the skateboard culture in Newark N.J. The goal of the video was to draw parallels between the current state of Newark and the state it was in during "The Summer Of 67", when the Newark Riots took place. CITY ON FIRE is a story of change between a city and the people who reside in it. Simon Gerbaud: Saver (Mexico) 8:00 The title is a wordplay that combines two verbs in spanish: to know (saber) and to see (ver). Part Two: Charysse Tia Harper: Insurance: Putting Newark on the Map (Newark) 30:00 A short documentary explaining the importance of the insurance sector on the city of Newark, New Jersey. Lowell Craig: 31 Central (Newark) 34:00 Development has spiked in downtown Newark. Old industrial buildings are being converted into high price rentals, the newly built prudential towers have spurred businesses to open - vegan eateries, coffee shops, Whole Foods! Is this bad - isn't this what Newark has been waiting for? I guess it depends on where you're coming from. If you are a creative person that has been brave enough to navigate and take advantage the spoils an abandon city has to offer- time may be running out! 31 Central is in the cross-hairs. The building has been occupied by artists and creatives for more than three decades, helping to establish an emerging arts community in the Halsey Street area and Downtown Newark. In this video we talk to some of the artists that have had their studio spaces here, and try to see things from their perspective. Jesse Wright: PEARLOFAPANTHER (NJ / NYC) 37:00 A curiosity of a film that tells the story of a couple who, while struggling to find time for creativity, upset expectations and ultimately embrace family. Along the way they encounter ciphers of ART, POETRY, POLITICS, FAITH, MUSIC and finally themselves. -------------------------------------

Filmideo Days 1 and 2 will also be on view on a seperate monitor in the lobby.

FILMIDEO 2017 12th Annual Film and Video Screenings. Filmideo is a yearly event, that celebrates the great diversity and work of independent filmmakers and video artists from around the globe. Since 2006, “Filmideo” has been organized as an annual event to promote video and film formats in a fine arts exhibition environment. For over a decade, over 10,000 attendees have been given the opportunity to view a variety of digital media expressing many different narratives and socio-political currencies. “Filmideo” is an open-ended discourse that educates visitors via the multiplicity of narratives as illuminated in the video and film selections presented each year. Filmideo is presented by Index Art Center. www.newarkmuseum.org www.indexartcenter.org Event Sponsored by our neighbors Kilkenny AleHouse and 27 Mix