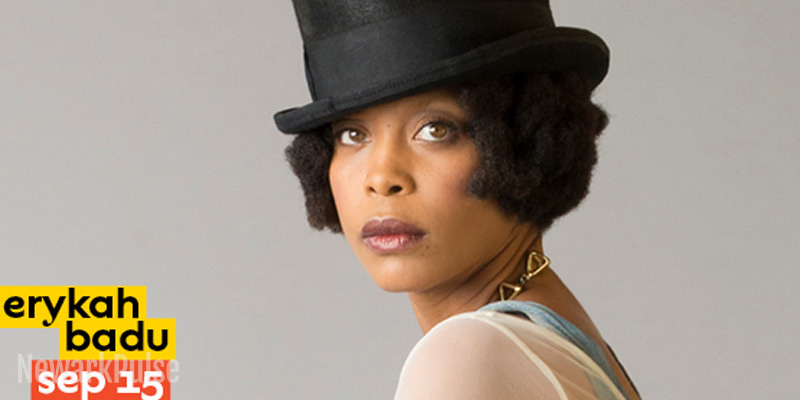 This GRAMMY-winning, neo-soul sensation (“On & On,” “Next Lifetime,” “Didn’t Cha Know”) brings her distinctive style to NJPAC’s Prudential Hall.

Since the release of her acclaimed 1997 debut, Baduizm, singer-songwriter Erykah Badu has remained one of the most distinctive artists in contemporary R&B and a major force in the neo-soul movement. Propelled by the lead single “On & On,” Baduizm became a triple-platinum best-seller and went on to win two GRAMMY Awards, for Best Female R&B Vocal Performance and Best R&B Album.

Today, Badu’s groundbreaking music continues to meld “traditional soul vocals, staccato hip-hop rhythms, and laid-back jazzy grooves,” says The New York Times. “It has been 20 years since her debut album received great acclaim and two Grammys, yet songs like ‘On and On’ continue to resonate with a new audience …”