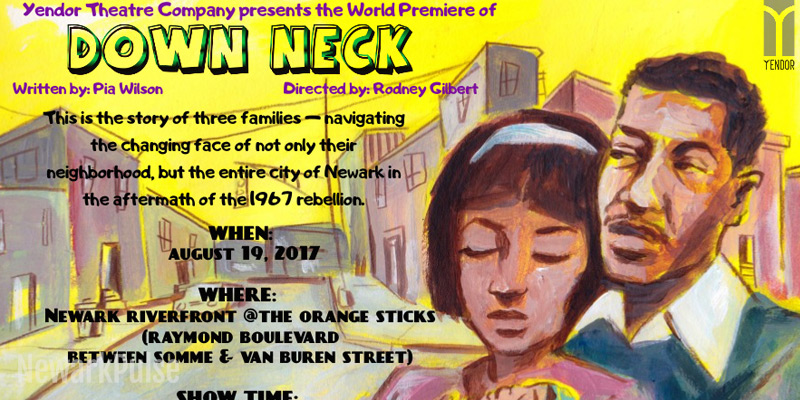 “Down Neck.” Today, the Ironbound contains a population that has shifted from its origins, but that was not

Gilbert, will direct the World Premiere production of Down Neck by award-winning

playwright and Newarker, Pia Wilson. Wilson’s play delves into the lives of three

and drastically changed the Ironbound’s landscape.

circumstances. Pia has crafted a play that exhibits the Ironbound’s cultural diversity

and untold stories, which we are excited to share” says Gilbert.

“Pia’s play not only educates me about a city I thought I knew, but it also serves as a

mirror showcasing issues that we are still encountering 50 years after the rebellion,

both on a local and national level” says Nicolette Lynch, an actress with the Yendor

this story. The Riverfront will be transformed into a true outdoor theatrical performance space. Founded in 2016,

Since their inception, YTC has had numerous staged readings in and around the City of Newark, but this will be their

The Newark Riverfront is the place to be on August 19th at 7:30 p.m. and this is a play you don’t want to miss!

Down Neck is appropriate for audience members of all ages. Admission is absolutely free and open to the community.