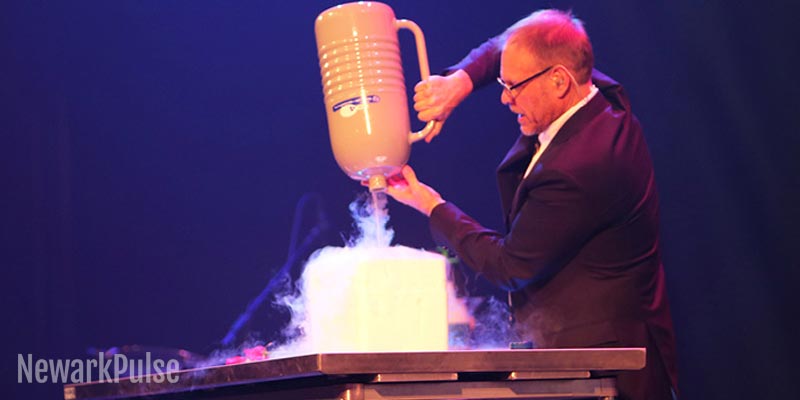 The host of Food Network’s Cutthroat Kitchenmakes his NJPAC debut with a multi-media show that blends science, music and food into delicious entertainment.

On television and on stage, Brown has a knack for mixing science, music and food into pure entertainment. According to Brown: “For this new tour, there will be plenty of new therapy-inducing opportunities during our audience participation segments. I don’t want to give too much away, but we’re also going to play a little game with the audience …”

Brown has hosted numerous television series, including Cutthroat Kitchen, Camp Cutthroat and Iron Chef America. He also created, produced and hosted the Peabody Award-winning Good Eats for 13 years on Food Network. Brown is the author of the James Beard Award-winning I’m Just Here for the Food, and the New York Times best-selling sequence, Good Eats. His recent Alton Brown: Every Day Cook is a collection of more than 100 personal recipes – along with a pinch of science and history.