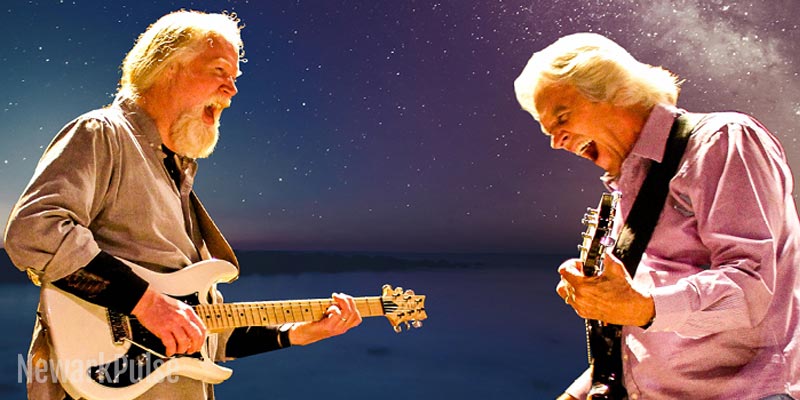 Guitar legends John McLaughlin & the 4th Dimension and Jimmy Herring & The Invisible Whip join forces for this Meeting of the Spirits tour – featuring each artist in separate sets followed by a collaborative performance of music McLaughlin first played with his 1970s electric band, Mahavishnu Orchestra.

For more than five decades, the music of English guitarist, bandleader and composer John McLaughlin has transcended boundaries, securing him a spot as one of improvised music’s most influential artists. A pioneer of jazz fusion, his genre-busting Mahavishnu Orchestra is remembered for a complex, virtuosic style that melded electric jazz and rock with Indian influences, resulting in classic albums like Inner Mounting Flame, Birds of Fire, Between Nothingness and Eternity and more. For this tour (which McLaughlin has said will likely mark his last U.S. performances), the guitar great will revisit much of the music he first played with Mahavishnu, this time backed by his current band, 4th Dimension, featuring Ranjit Barot (drums), Gary Husband (keyboards, drums) and Etienne M’Bappé (bass).

McLaughlin will share the evening with Jimmy Herring, the virtuoso guitarist who has long been at the creative forefront of the American rock-jam movement, known for his inspired contributions to the Aquarium Rescue Unit, The Allman Brothers, Widespread Panic, and The Dead. “Herring possesses the heart and soul of a rocker, the chops and harmonic awareness of a jazz artist, and the simpatico personality of a jam-band player,” says Guitar Player magazine.