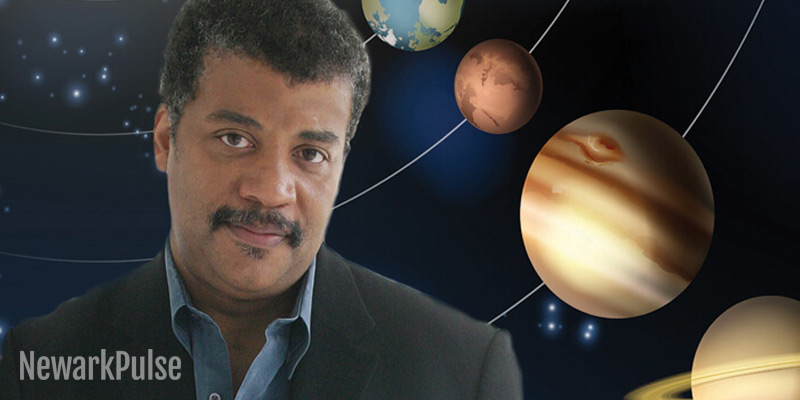 An Evening with Neil deGrasse Tyson

New Jersey Performing Arts Center (NJPAC) presents an evening with famed astrophysicist and best-selling author Neil deGrasse Tyson, the host of the FOX series Cosmos: A Spacetime Odyssey and the PBS series NOVA ScienceNOW, presents The Search for Life in the Universe, an entertaining, family-friendly evening designed to help unravel the mysteries of modern science.

Beginning with Mars, we review the ongoing effort to search for habitable planets, liquid water, and life in the cosmos, culminating in the search for intelligent life, whether or not it already exists on Earth.

On the page, the stage, and on television, Tyson provides easy access to the science that shapes our understanding of the universe. He was the host of FOX TV’s Emmy-winning Cosmos: A Spacetime Odyssey (the 21stcentury continuation of Carl Sagan's landmark Cosmos series) as well as two popular PBS series, NOVA ScienceNOW and Origins. He is the author of 13 books, including The New York Times best-sellers Death by Black Hole and Other Cosmic Quandaries and Astrophysics for People in a Hurry.

A frequent guest on The Daily Show and The Colbert Report, Tyson is the head of NYC’s world-renowned Hayden Planetarium and a research associate in the Department of Astrophysics at the American Museum of Natural History. He is the recipient of 20 honorary doctorates and the NASA Distinguished Public Service Medal, the highest award given by NASA to a non-government citizen.