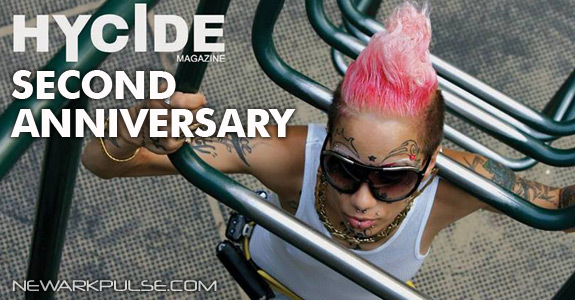 At times, it is easy to forget that even in our despair and hurt, there is beauty to be found. "Forcing people to look at stuff they want to ignore," providing a voice and an outlet for beauty for those without normal means, we would like to introduce and re-introduce you to the work of Akintola Hanif.

On October 18th, from 6-9pm, Akintola will host the release event of the 2nd year anniversary issue of his HYCIDE magazine, at the famed Aljira, a Center for Contemporary Art. The issue will feature triumvirate of Voltronic proportions, Jamel Shabazz, Mr. Hanif, and Nema Etebar, each representing a respective generation of photojournalism.

In the arena of photojournalism, which is unfortunately too often highlighted by war photographers, a camera is often the last tool in the artist's repertoire. As explained in our conversations with Akintola, it starts with rapport, understanding, compassion, sincerity, and even a co-sign; all of which are the tools that the artist has used to craft his creations and later birthing HYCIDE.

Born and raised in Brooklyn during the height of the pop-art movement of the 70s and 80s, Akintola, who is the son of a painter and art scene enthusiast, grew up taking pictures in his neighborhood. After encounters with the trappings of adolescent angst, he enrolled in art school at the urging of his peers, seeking a road that included his passion of art. While in school he was mentored by John Anthony, later earning an apprenticeship where he could hone his craft, but more importantly where he could develop his signature style.

It was the serendipitous purchase of a Jamel Shabazz book that made Akintola understand the importance of his work, and the unique subject matter, to which he gravitated. In Shabazz, who would later serve as a mentor and father figure for Mr. Hanif, he saw an elder, whose work was a precursor on the continuum within the role of photographic griot for downcasts in the eyes of mainstream society and those under represented. It is the same continuum of Gordon Parks, before them. It is an effort to "preserve our history, as it evolves," in the words of Akintola.

While documenting in the projects of East Orange in 2003, Mr. Hanif had the chance encounter with Richard Greenberg. Their partnership, backed by the New Jersey Institute for Social Justice, led to the production of Moral Panic, a documentary about gangs and culture. Shortly afterwards, Akintola exhibited for the 1st time, with the backing of the Newark Arts Council and space within Tarin Fuller's Iandor Fine Art gallery.

It was while building his portfolio that the photographer met core members of the HYCIDE team. Carrie Stetler, formerly of the Star Ledger, who later worked with Akintola at Youthbuild Newark, was an early follower of the work. She later urged Akintola to follow through on his dreams from 2006 of launching a magazine. It was to be a subculture magazine that allowed subjects to express themselves in their own words. Philip Shung would join later, designing the website and later encouraging the team to launch the magazine in print as well as the intended online medium. The superior writing would come from the likes of fayemi shakur and Michael Gonzales, forming a quasi-"Justic League" of talent. 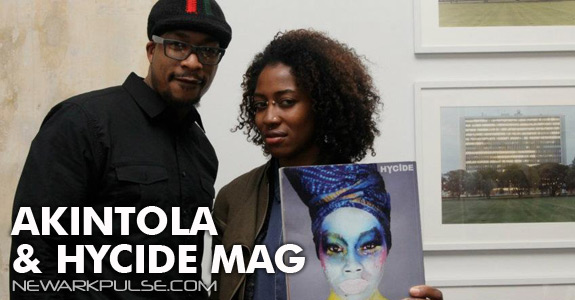 And on May 21, 2011, in the same Aljira gallery, HYCIDE was born to the people, from a collection of social artists and subjects that society had chosen to forget.

The future is hopefully bright for the magazine, as Akintola is preparing to launch offshoots that include film, books, merchandising, gorilla marketing, public programming, and projects to engage youth students to cultivate their artistic outlets.

Why? Akintola likes to speak passionately about the subjects, to whom he has given a voice but who have given him a purpose. It is also the Newark art scene, which gave him his start and inspires him to push the envelope, hoping to reach the next level. Akintola uses his camera and the magazine to shine a truthful light on "beautiful people, who are dying and suffering but aren't privy to the same world." They presumably need our positivity the most. Akintola, as he becomes an elder statesman, who has captured, worked for, and lived in the cultures his art breaths life into, is seeking to engage our communities with a collective force.

Just as important, Akintola is seeking to challenge us all to examine our flaws, in order to right them. He contends that we all have flaws, and hopes that by forcing us to visit them, we will have "an ounce of compassion" and view the "innate human characteristics" in our most downtrodden.

We all want and deserve positivity. Thanks for capturing it, especially in our moments that society deems to be at the fringe.

See photos from the Hycide Launch Party in 2011.