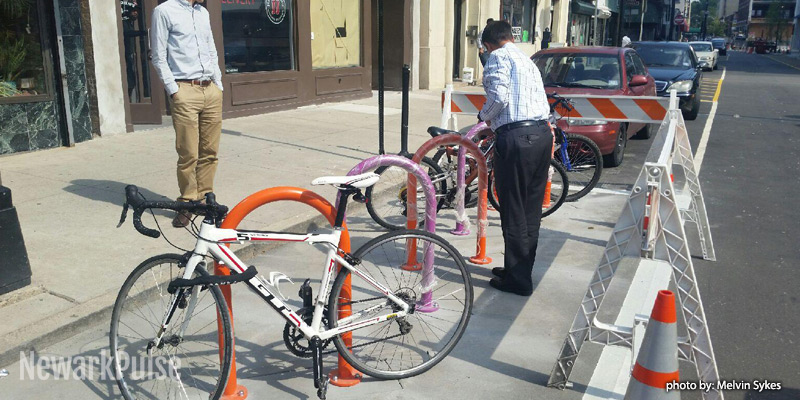 Halsey Street has a new spot… not a restaurant, not a store, but a parking spot … for bicycles! It’s called a bike corral, which utilizes an on-street parking space traditionally reserved for cars and converts it to a parking space that can accommodate up to 10-12 bicycles.

The idea was hatched and researched by Melvin Sykes of Assurance Realty Group. Sykes is notorious for posting on social media cool ideas from around the world using the hashtag #WhyNotNewark. He believed a bike corral was a great fit with the opening of his client, Jimmy John’s, at 95 Halsey Street. Jimmy John’s promotes delivery with a speedy bike messenger-style team. 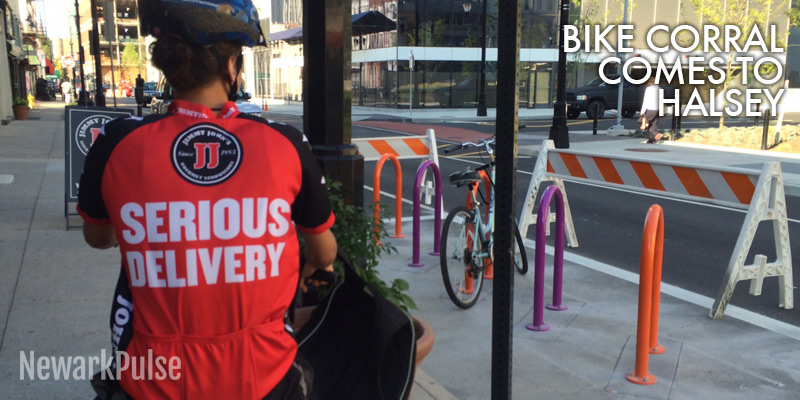 According to Gray B. Broughton, the franchise owner of Jimmy John’s, “We think the bike corral is not only wonderful for Jimmy John's employees and it's customers, but something that will raise awareness and give area cyclists a nice, safe place to lock and park their bikes.”

Jack Nata, Manager of Division of Traffic and Signals, says “We have been looking for the opportunity to create the City’s first Bike Corral and this was the perfect opportunity.” Steve Hillyer, for the Newark Downtown District (NDD), continues, “The corral is in line with the city’s bike and pedestrian friendly initiatives and will be using this location as a pilot. This is the first time the City has ever changed a parking spot's use for bicycles and we're hoping that it takes off and will be duplicated throughout the City.”

With a partnership between the city and the NDD, the idea has become a reality in less than 2 months. The city is currently finishing the corral, once complete the NDD will maintain the space caring for flowers/planters and removing snow in the winter.

Congrats on a great partnership, bringing unique ideas to life! 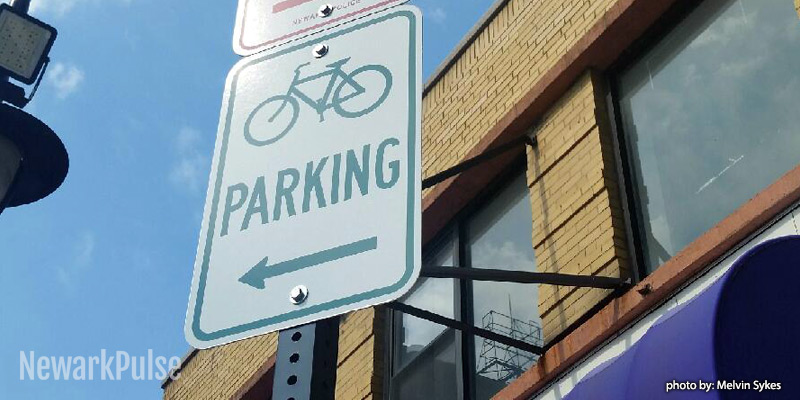