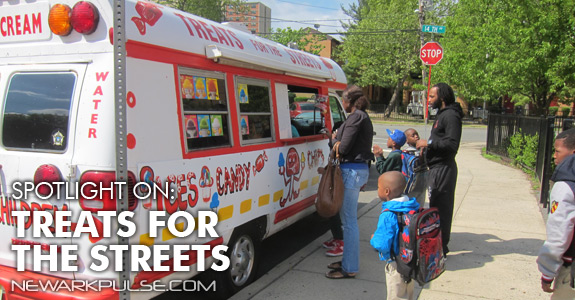 Spotlight on: Treats for the Streets

In the past we have written about unique American traditions and how they have contributed to the lifeblood of our city. Next on the agenda is a seminal part of every childhood from Sanford Avenue to Lafayette Street: the ice cream truck.

When I reminisce about summers growing up here, I can taste the chlorine at JFK; I can hear LL or Big Daddy Kane blasting in jeeps, setting off alarms; and I can taste a cherry Italian ice or a "bomb pop." If rap was the soundtrack throughout the movie, the sound of the ice cream truck rolling down the street played during the end credits.

Raised in the South Ward, and a 2002 graduate of Weequahic High School, Rasheedah Cook is continuing the ice cream tradition with her start-up business. Having dreamed up her venture in 2010, while as a student at the Clinton Hill Community Resourceful Center (CHCRC), Ms. Cook decided to start small, with a sock business, "Treats for Your Feet." But while at CHCRC, she started an Italian ice cart, with the hopes of someday being able to afford her own mobile truck to launch "Treats for the Streets."

Two years after the cart, with the help of a mentoring program from the United Way in partnership with Rising Tide Capital, Treats for the Streets was born. With her 5 year old daughter as her inspiration and gumption instilled by her grandmother, Ms. Cook decided to invest in her business rather than buying a house, which would have required a larger amount of capital. She plans on eventually having a truck in each ward across the city. 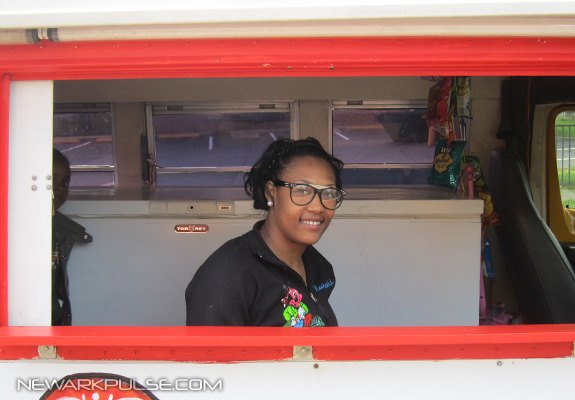 A self-described giver, Ms. Cook, who also has a full-time job as a nursing assistant, also spends a lot of her time giving back to the same community that has sustained her. On grandmother's birthday, she gives away free ices, tees, and snacks to kids. For her grand opening, she held the event at Weequahic Park, attracting a host of smiling faces. As Ms. Cook says, her intent is to see "kids walk away happy."

That is what childhood should be all about.