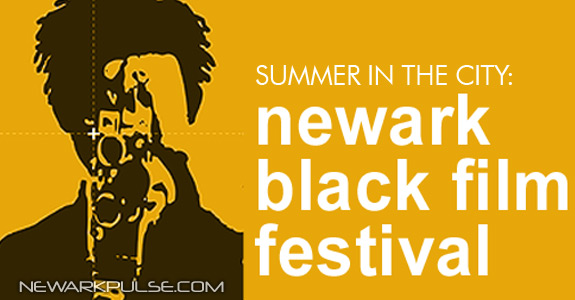 The Newark Black Film Festival, the longest running festival of its kind in the United States, kicks off its 40th season on June 25 at the Newark Museum with a film that marks the 50th anniversary of the first Freedom Ride in May 1961. Youth Cinema, the accompanying summer-long series of free children's features and short films, will be held on Mondays at The Newark Public Library starting July 7 and Wednesdays at the Newark Museum starting July 9.

Below is the 2014 Film Festival Schedule:

All screenings begin at 7 pm at the Museum, unless otherwise noted.

June 25: Freedom Riders
Chronicles the story behind hundreds of civil rights activists called the Freedom Riders who challenged and brought racial segregation to national attention. Screening will be followed by a reception in Engelhard Court. Speaker: Junius Williams, Director of the Abbott Leadership Institute, Rutgers University/Newark.

July 2: 20 Feet From Stardom
Award-winning director Morgan Neville shines a spotlight on the untold true story of the backup singers behind some of the greatest musical legends of the 21st century.

July 9: 12 Years a Slave
@ CityPlex 12 Theatre
The story of a New York State-born free African American man who was kidnapped in Washington, D.C., in 1841 and sold into slavery. He worked on plantations in Louisiana for 12 years before his release. 2013 Academy Award winner for Best Picture.

July 23: Moms Mabley
I Got Somethin' to Tell You: Whoppi Goldberg takes a look at the work and influence of African-American stand-up comedienne Moms Mabley.

Youth Cinema will be held on Mondays at The Newark Public Library at 10:30 am and at the Newark Museum on Wednesdays at 1 pm unless otherwise noted.

July 7 and 9
Mrs. Katz And Tush: When Lames, a young African American, presents Mrs. Katz, a lonely Jewish widow, with a kitten without a tail, a lasting friendship develops.
Chicken Sunday: After her grandmother dies, a young Ukrainian-American girl becomes attached to her African-American neighbors.
Flossie & The Fox: Plucy Flossie Finley asks a clever fox to prove that he is a fox before she will be frightened of him on her way to deliver a basket of eggs.
Sule And The Case Of The Tiny Sparks: In this animated film by Rene Rawls, a 10-year old African detective named Sule helps other kids solve the meaning of proverbs. (11 minutes)

July 14 and 16
Ruby Bridges: When six-year-old Ruby Bridges entered school in 1960, she stepped straight into history, becoming the first black student to attend an all-white school in New Orleans.

July 21 and 23
The Journey Of Henry Box Brown:Historic true tale of slave Henry Box Brown who mailed himself to freedom in a wooden box from Virginia to Pennsylvania.
Roberto: The Insect Architect: A termite named Roberto follows his dream of becoming an architect and travels to the big city to find success.
Honey...Honey...Lion!: An African honey guide bird teaches a greedy honey badger a lesson about sharing. Yo! Yes?: Two lonely boys who don't know each other are brought together with a simple "Yo!" answered by the other one's "Yes?" and the bounce of a basketball.

July 28 and July 30
Labou: Three young friends set out to find a centuries-old pirate ship lost in the Louisiana Bayou, and discover adventure beyond their wildest imagination.

August 6
The Pied Piper: Find out if the mysterious Pied Piper has a trick up his sleeve when asked to help the citizens of Hamlyn.
Wormhead: In this animated, award-winning film, young Jessie learns a lesson about accepting people as they are.
Lincoln And Douglass: A story of the unusual friendship between two great American leaders at a time when equality was not yet established.

August 13
Pocahontas: An unforgettable story of how one courageous girl bridged the gap between two cultures, and wound up changing history.